In 2013 Bygg Architecture & Design, together with MaSa Architecture participated in international competition Changing the Face 2013. The main goal of the Competition is to modernize the existing ROTUNDA building, while creating an inviting public space around the Warsaw icon. Participants had to remake the existing structure while maintaining its iconic form and status as a focal point in the city-center of Warsaw. Focus was placed on integrating the structure with its surrounding urban fabric, as well as developing innovative sustainable design solutions to bring the historic icon into the 21st century.

Changing the face of Rotunda is a challenge; even more since it is an icon, so closely related to memory and history. The main question for this design is how to change the face by keeping it at the same time and respect the history and its memory. How is it possible to create a memory inside the memory? The following design introduces a cut in a building without denying any element of the building. The cut is clean and clear and the cut out piece is treated with respect, by placing it in front to create a gathering forum for the city. Moreover, the two pieces together will feed the memory of what the building used to look like before.

Through this design, the building becomes a collective architecture; inside and outside. The newly defined outside public space attracts people inside through the cut, where they will find a multi-functional inside public space. This space represents the core of bringing people together, with the use of media façade technology, to gain a new dimension. At the same time providing an exciting design for the bank office, fitting all its needs, in an embracing gesture around the public core. This is a design which creates memory, with complete preservation of earlier memory, and at the same time it smartly incorporates sustainable solutions. This building is a public space, rather than a building. It becomes a view point, a pavilion, a space of exchange, an exhibition space, a gathering point, a stage for people and their audience. But most importantly, by the collective memory of the users, the building generates life around and within it. As life in city evolves so does Rotunda. It becomes a true iconic gate, when people can once again say: Let’s meet “pod Rotundą”! 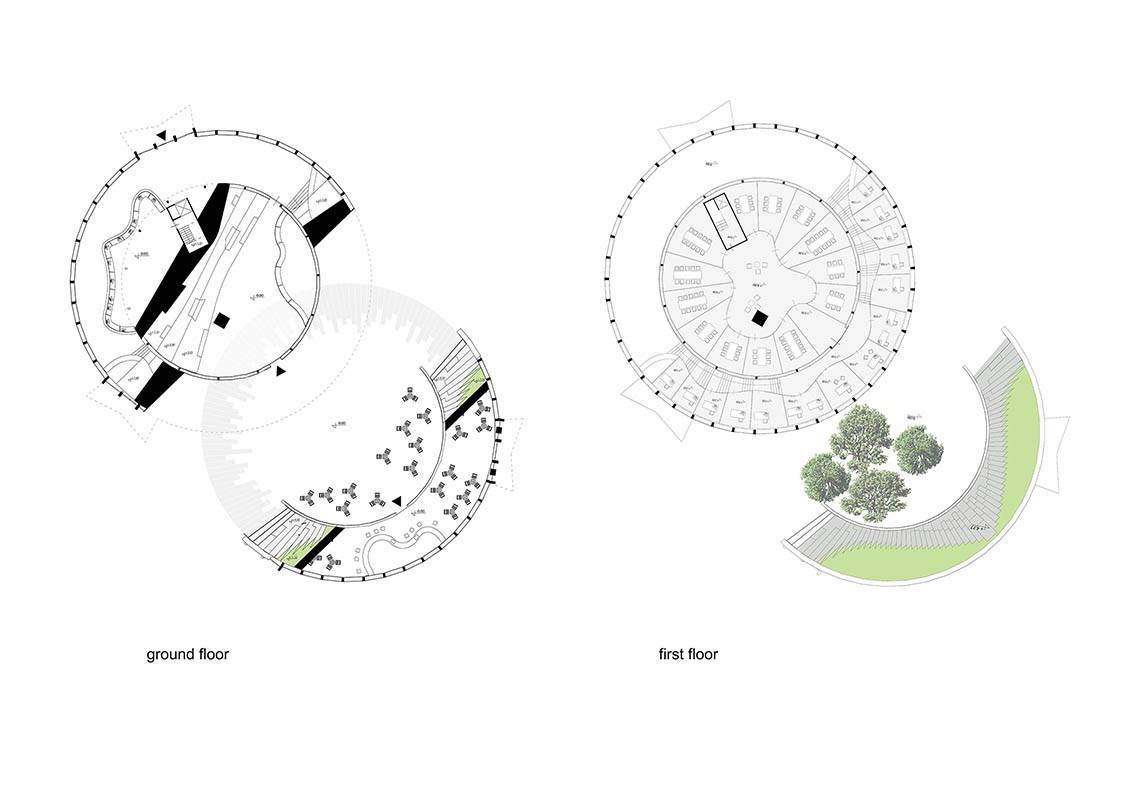