Tadeusz Kantor Square – Nature and Culture, abbreviated to PiK-NiK in Polish, is the title of the transformation of Plac Defilad into a new multifunctional public space, tailored to the ambitions of Warsaw and to the needs of its resident. It aims to be a contemporary Roman Forum, a place for meeting, culture, recreation and events.

PiK-NiK is a fusion of two elements that characterize Warsaw: green public space with a picnic or festival atmosphere and culture (both high and street culture). Currently, Plac Defilad is a culture hub: the Palace of Culture with its museums and theaters (Lalka, Dramatyczny, Studio), and the soon coming TR and Museum of Modern Art (MSN). Therefore, the square has been renamed after Tadeusz Kantor, one of the most influential Polish artists, related to theater, of the twentieth century.

In this project, we combined the picnic and festival atmosphere of Warsaw with urbanity and culture by applying many intersecting layers and elements. The outer area of the square is a routing zone for pedestrians and bicycles. Closer to the center of the square, an urban meadow has been located, a ring of green and flowering terraces with benches (the square is characterized by more than 3 m height difference). On the western side, this ring serves as a grand tribune to watch the scene of urban live, which is the actual plateau of PiK-NiK. From the east, it is a tribune for MSN and Marszałkowska Street.

The central plateau is large enough to host large events but at the same time be friendly. The dimensions (70x100m) are similar to Rynek Starego Miasta. Intimacy of this space is further emphasized by a double row of trees around the plateau.

The square’s plateau will be equipped with water features – fountains, which, for example during hot days, can become a big basin, filling up the entire square. In the winter it can become a large ice skating venue and during events it can completely disappear. Also LED illumination allows the creation of different scenarios and atmospheres. 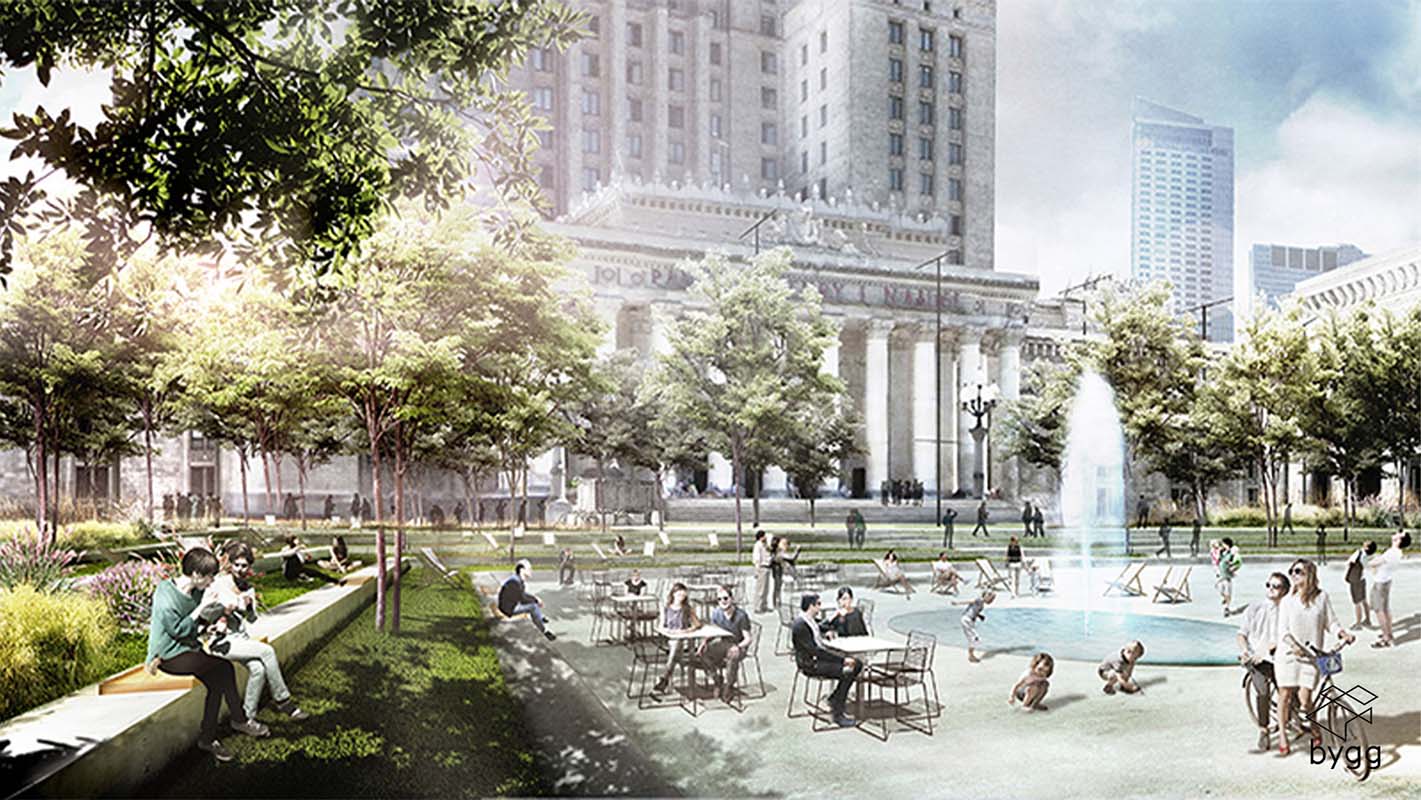 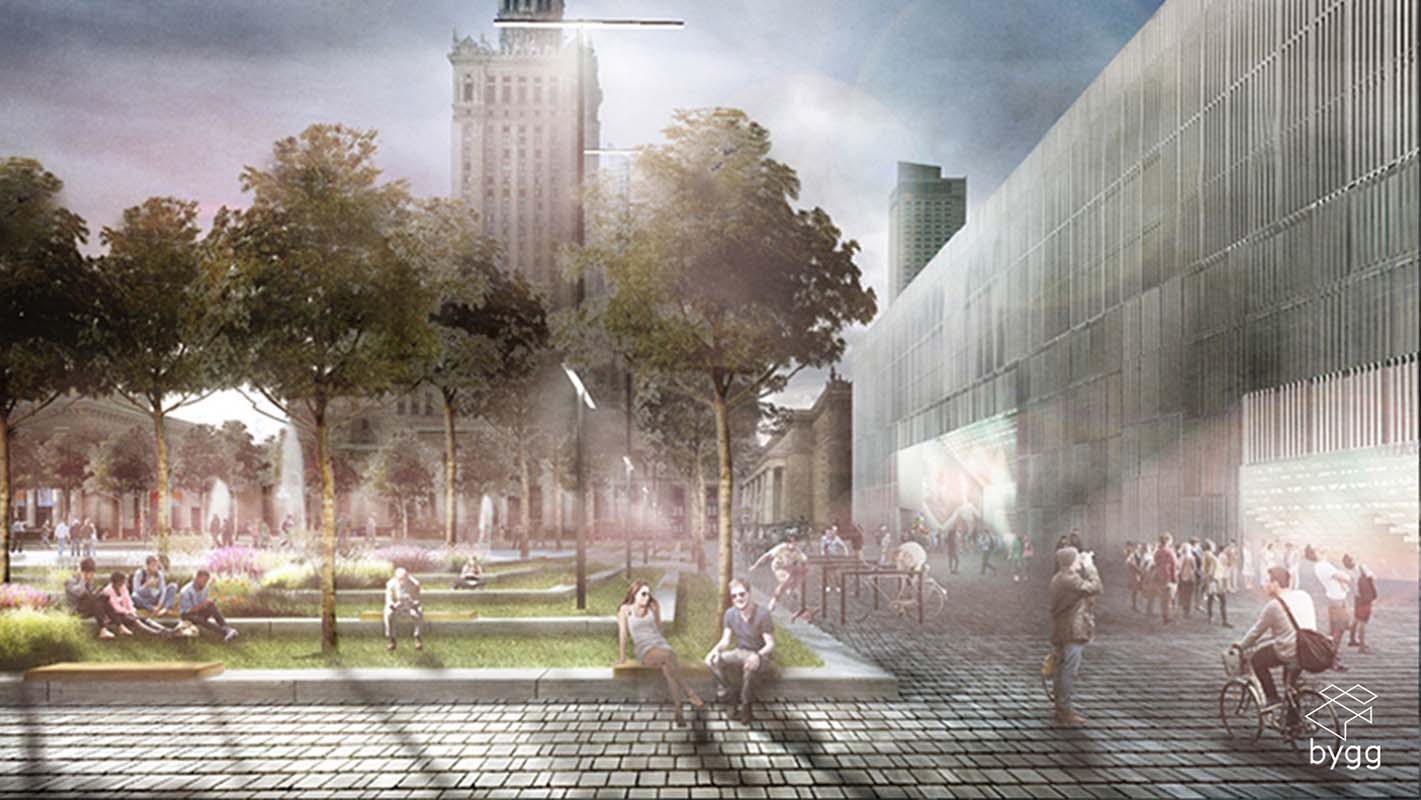 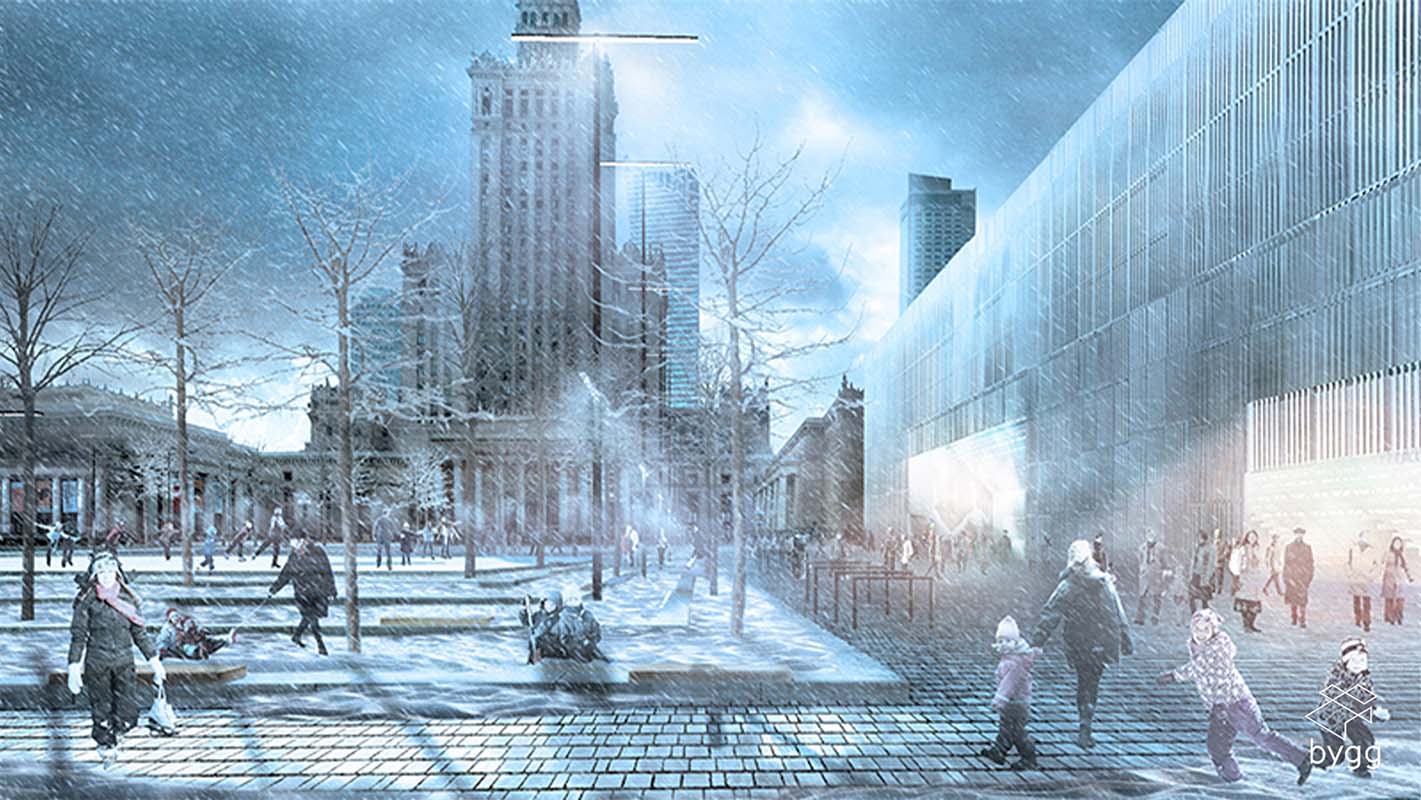 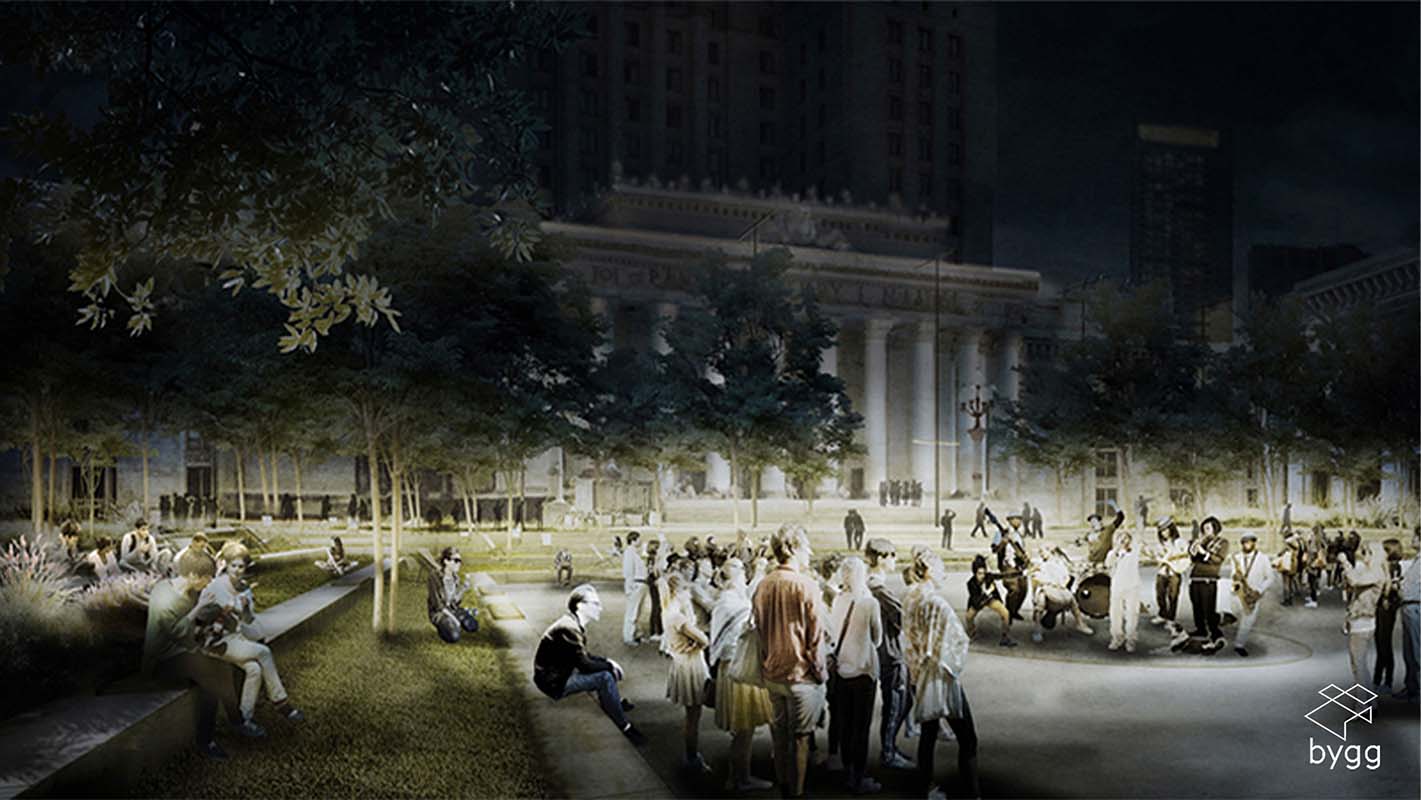 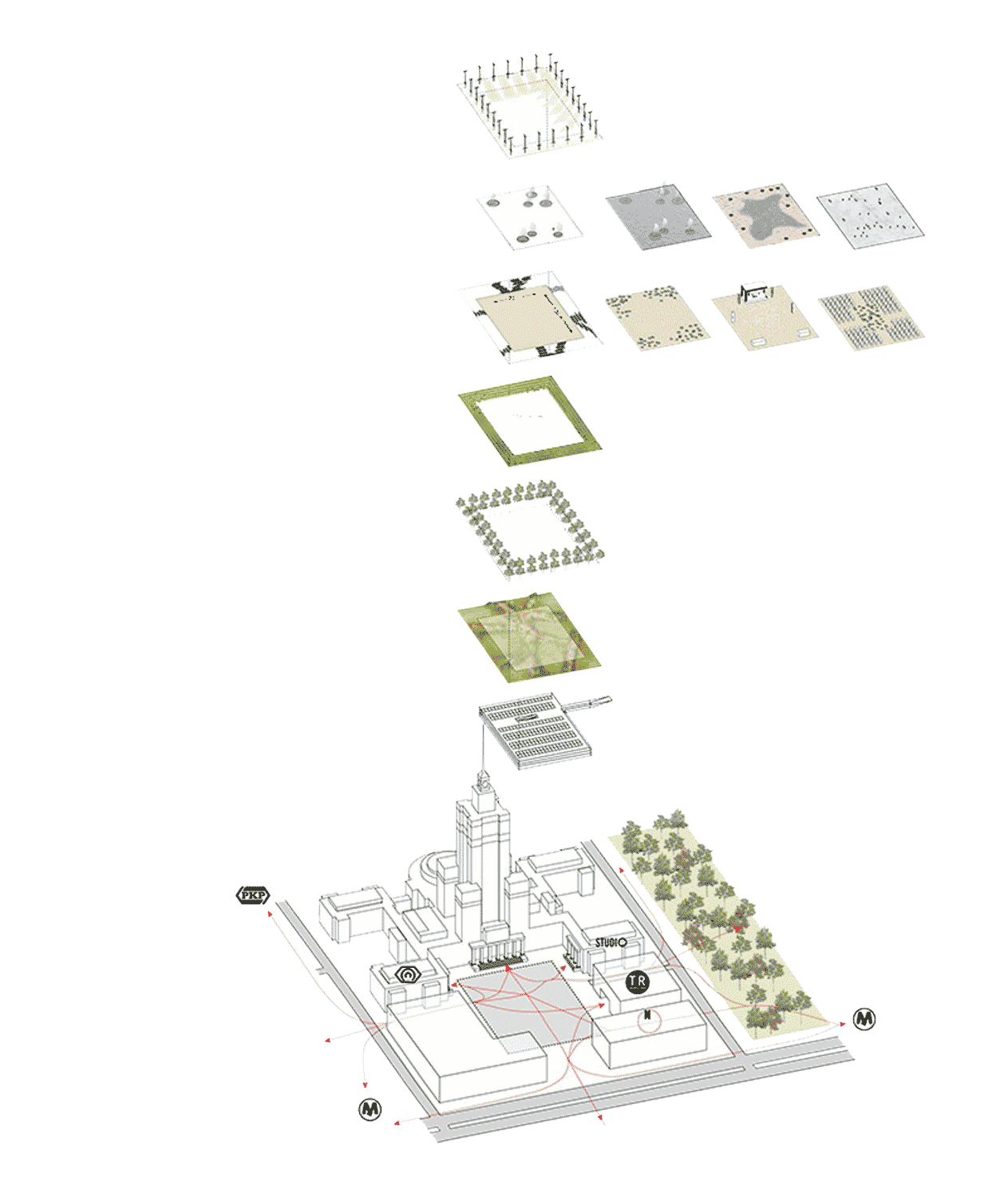