De Oude Pastorie - the old vicarage - is a monumental house in Veldhoven dating back to 1778. Unfortunately, the interior elements of historical value have been removed by a previous owner and thereforelost forever. The present owner has taken up the task to bring new life to the monumental building and preserve the remaining qualities that are now mainly found in the exterior. Bygg Architecture &Design was asked to research and develop a new function for the building in close collaboration with the Monument’s Committee and the Municipality.

We managed to bring back the original layout of the hall on the ground floor and accommodate there two comfortable apartments. Two more were placed on the first floor, with an access via a separate staircase and a third one in the rear part of the building. As it was impossible to recreate the original interior finishing, we decided tokeep it simple and let the structural elements speak for themselves. Original floor beams, which were removed during the demolition, got a new function as trusses, old remaining brick walls were exposed, andthe second layer of windows was placed on the inside to preserve all monumental window frames and to make the building energy efficient. 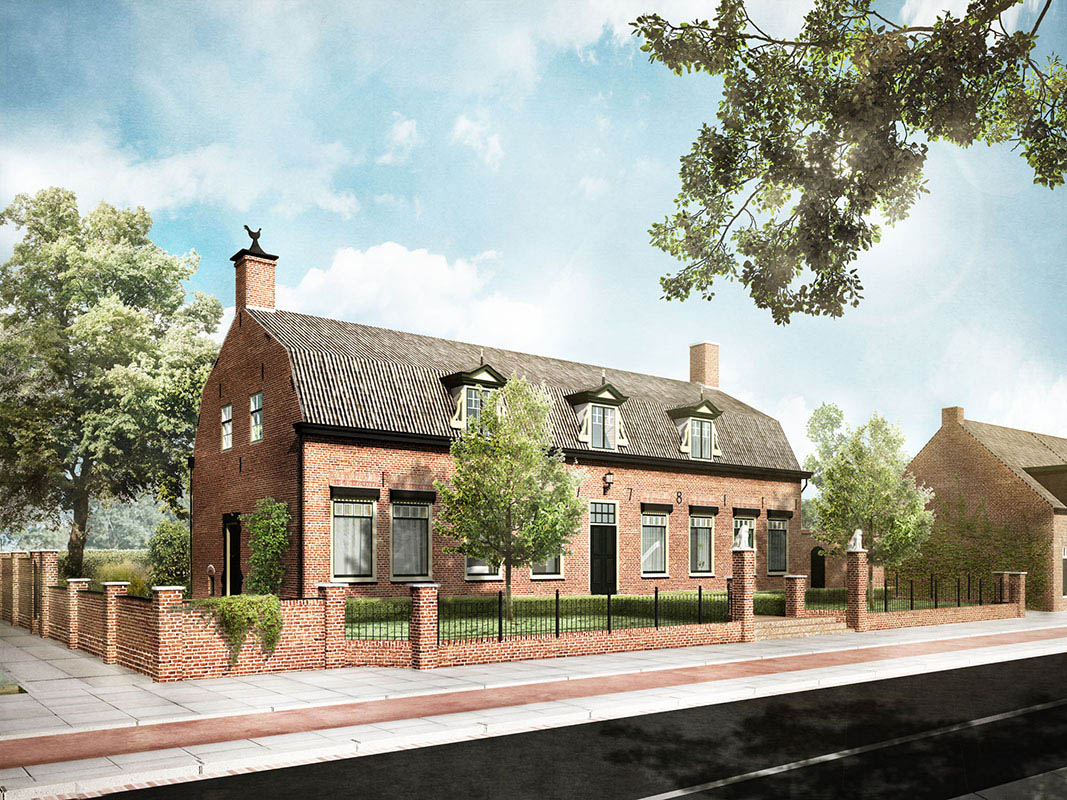 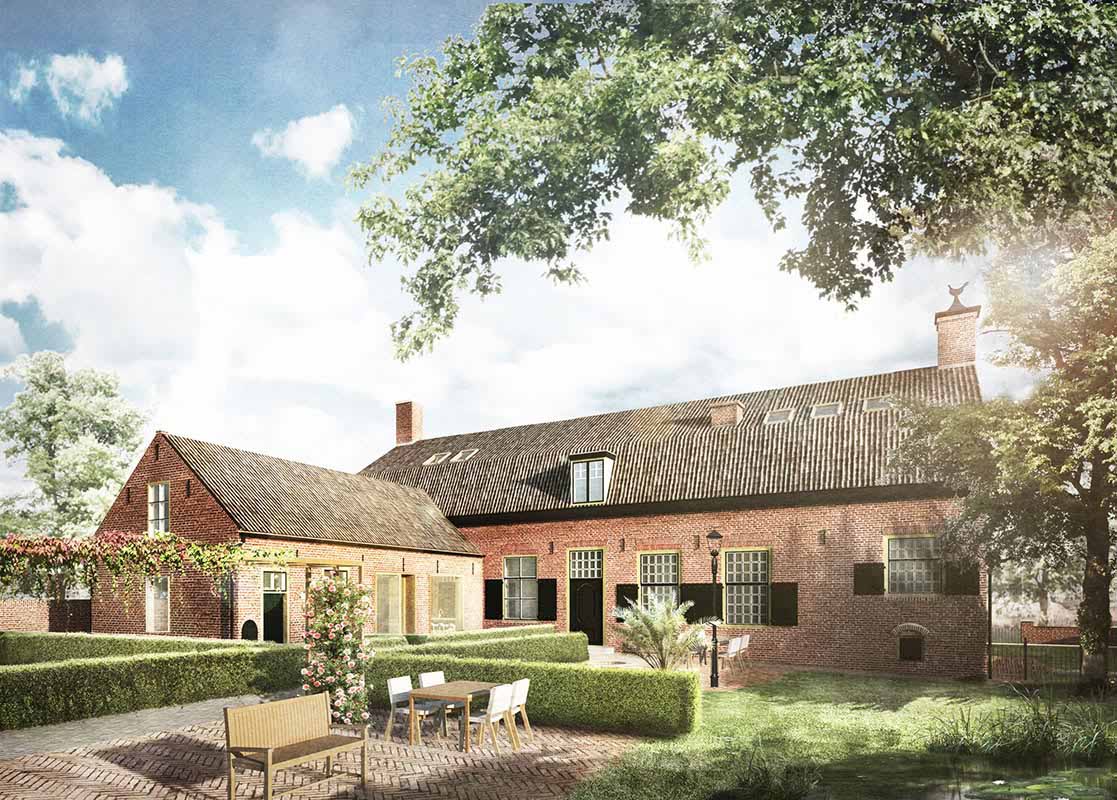 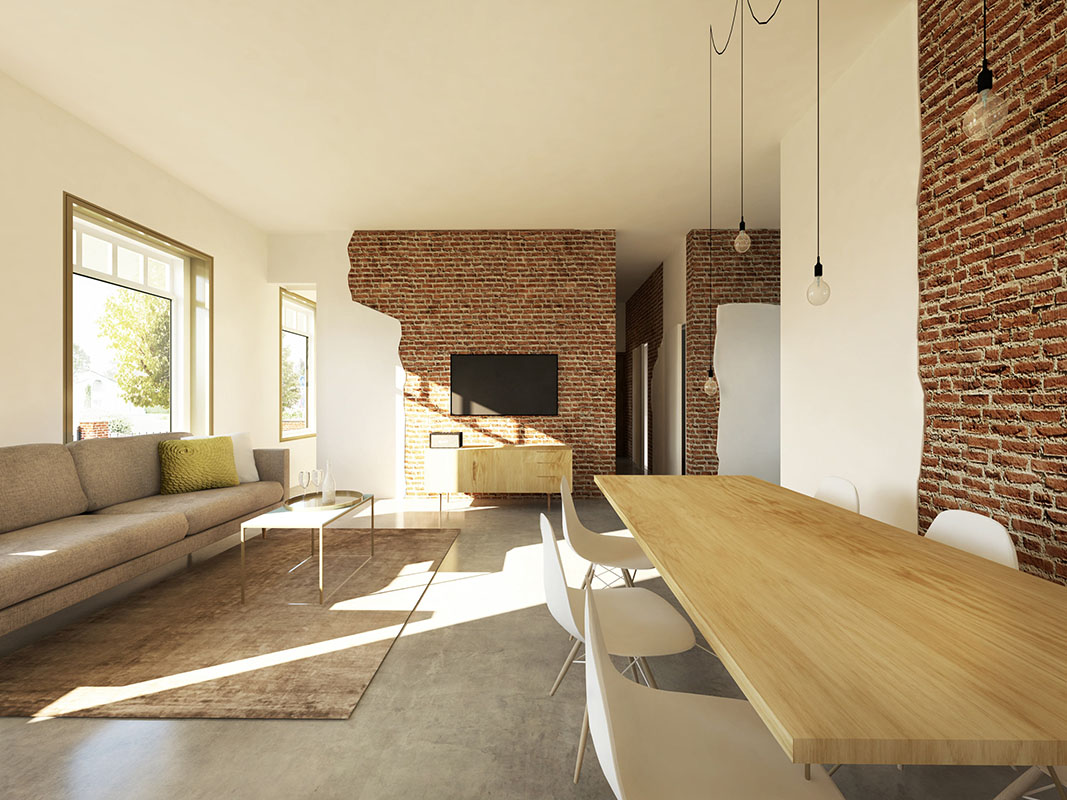 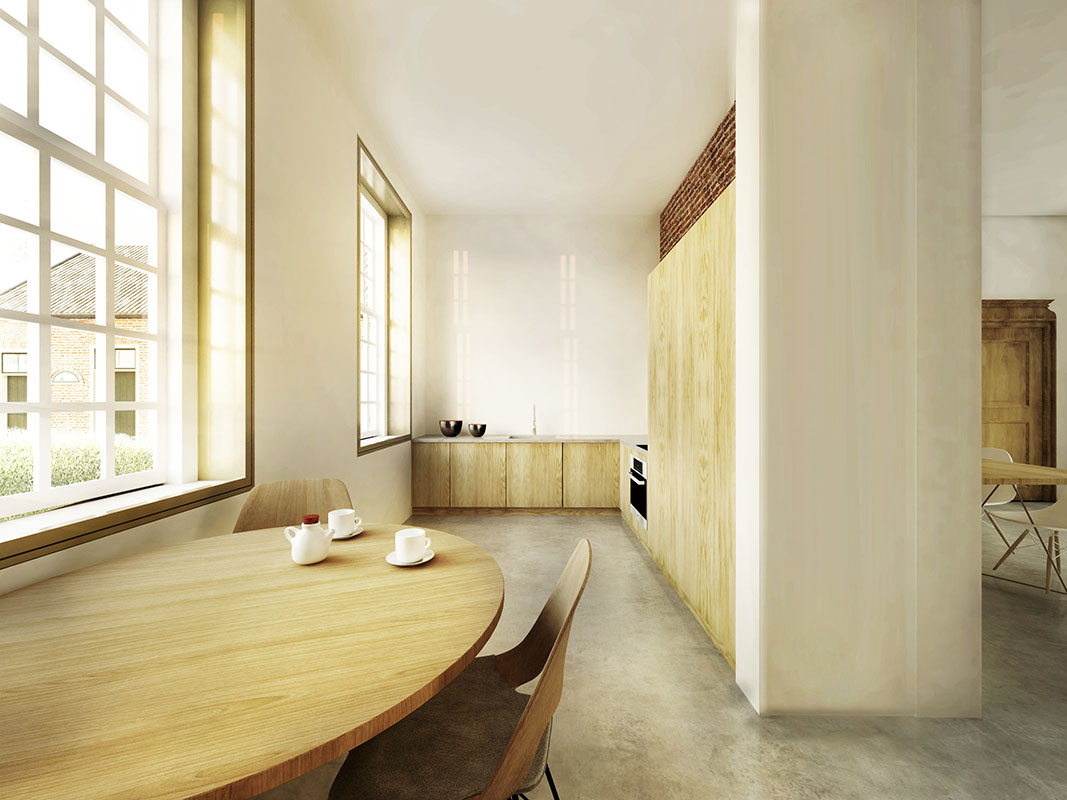 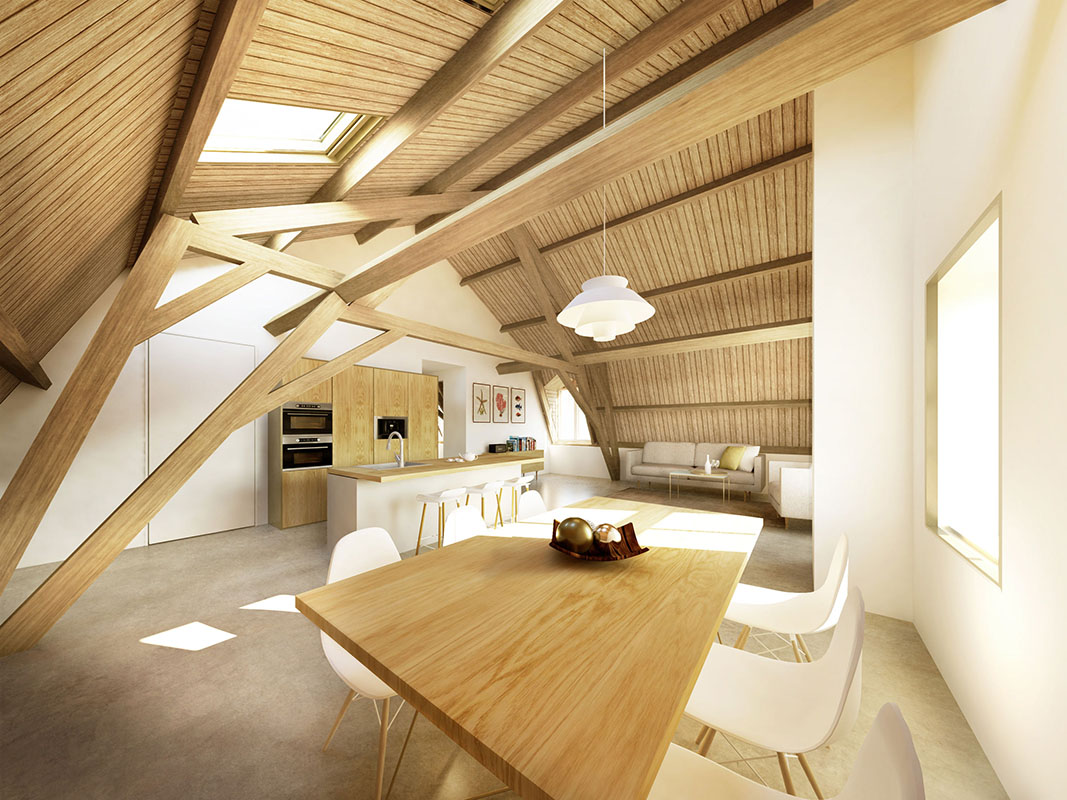 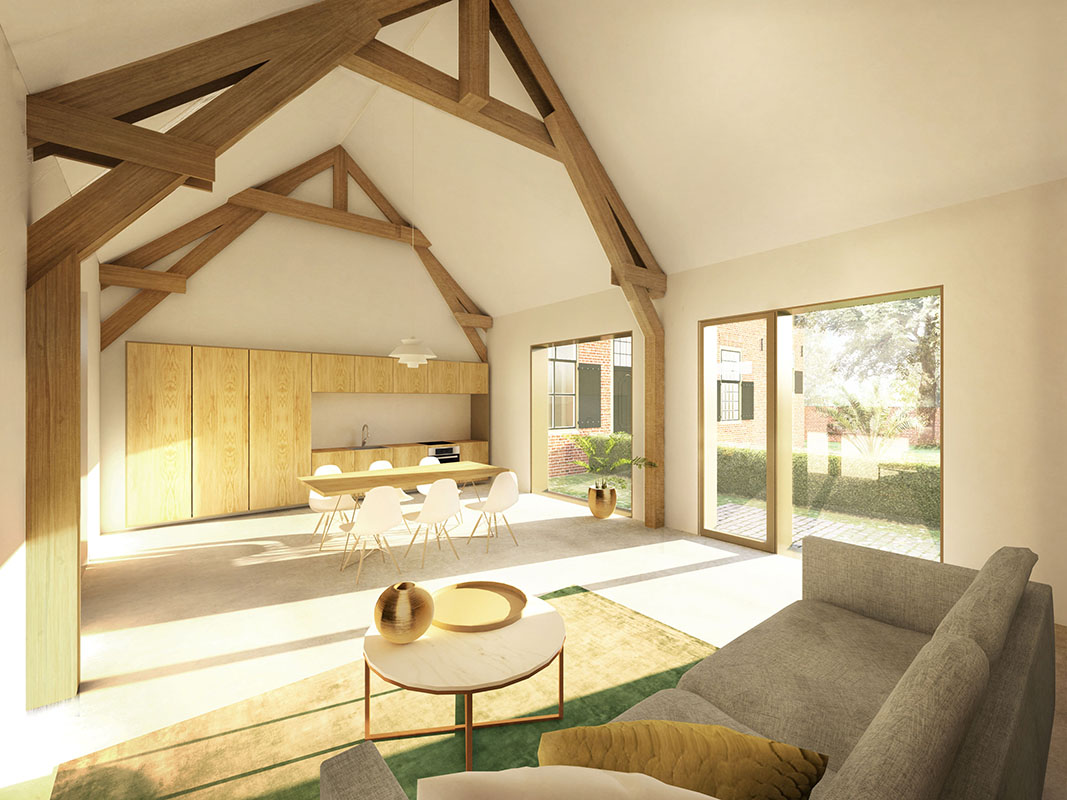 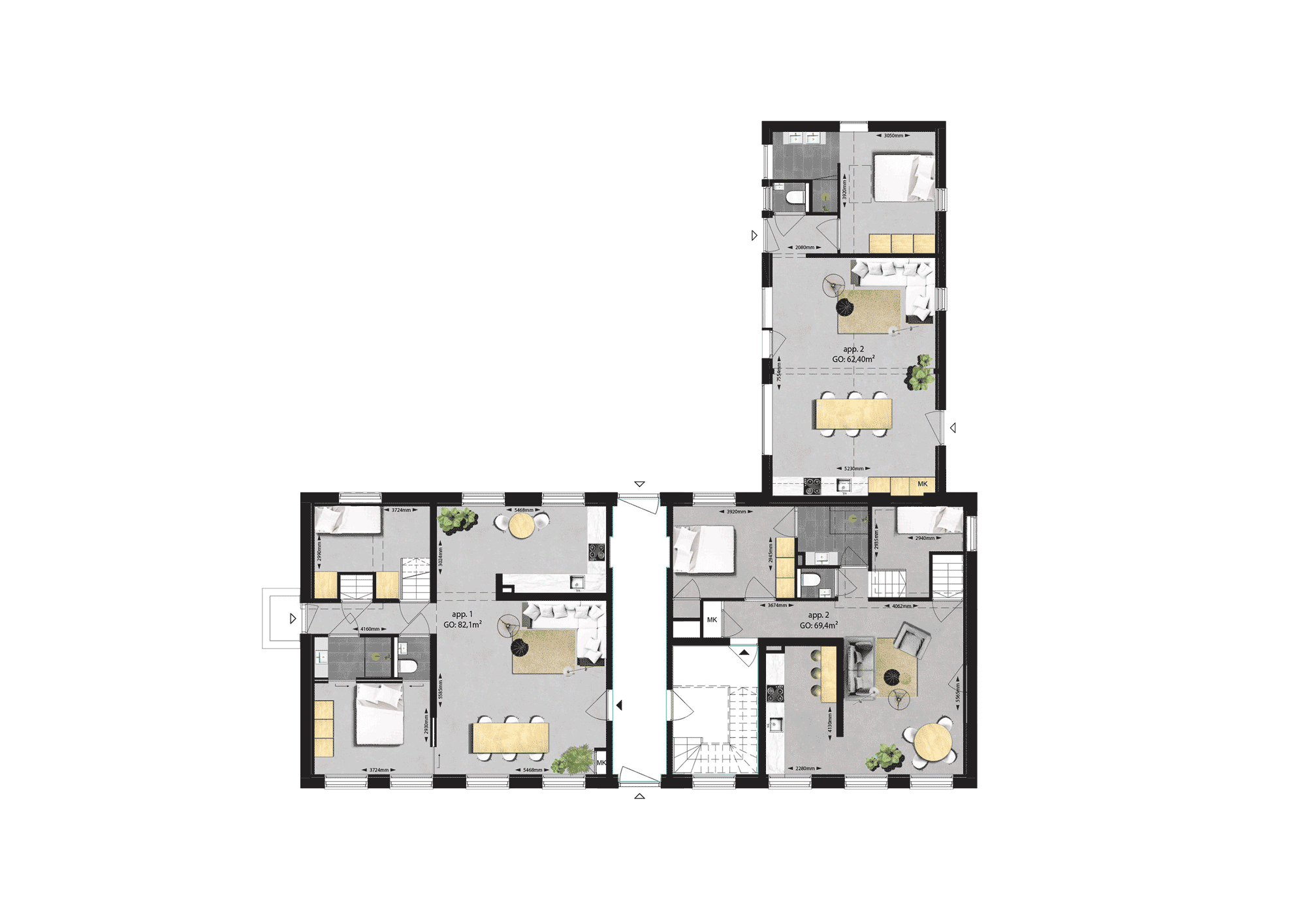 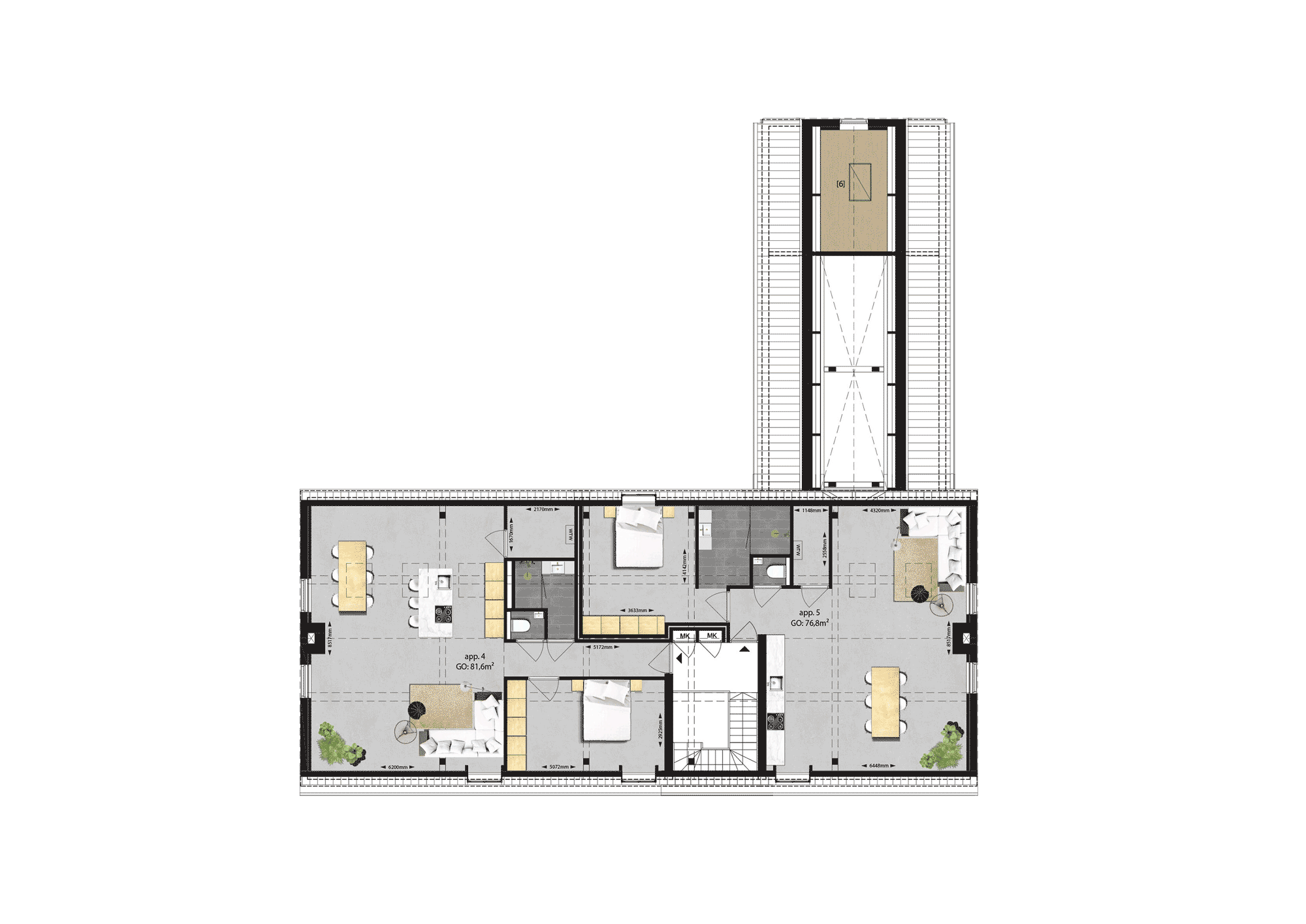