In 2016, Bygg participated in a challenge organized by Metsawood. The challenge was to densify highly dense urban areas by creating new urban level on top of existing structures. We have chosen archetypal Parisian mansard roof buildings in neighborhood around Canal Saint-Martin. The area is characterized by a variety of building styles and building heights. The typical mansard roof buildings contain up to 7 floors, but during the second half of the Twentieth Century many have been replaced by taller concrete buildings. The challenge is to densify the area with respect to the line of the mansard roofs and create a new urban level on top of the existing city grid.

Miroirette is a contraction of the words “miroir” and “maisonnette”. It is the name we give to a new apartment typology, specifically developed to provide roof top extensions in the context of the Parisian mansard roof buildings. By extending the volume upwards, we find potential to add 140 extra bio-based dwellings in the neighborhood alongside the canal, without having to demolish the existing structures. Using a reflection of the typical roof, we create an upside-down mansard façade, which allows the maximum use of the plot outline. 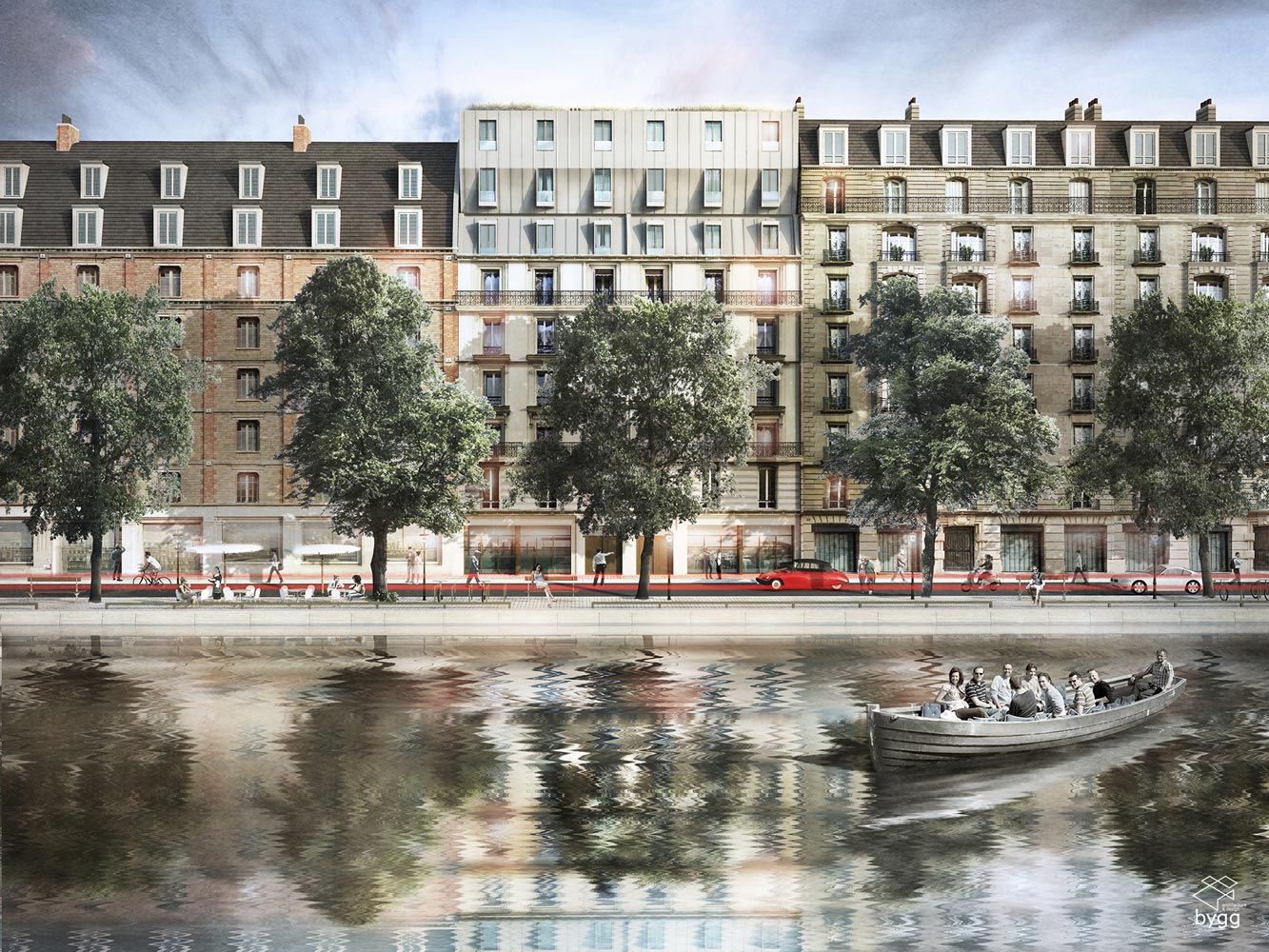 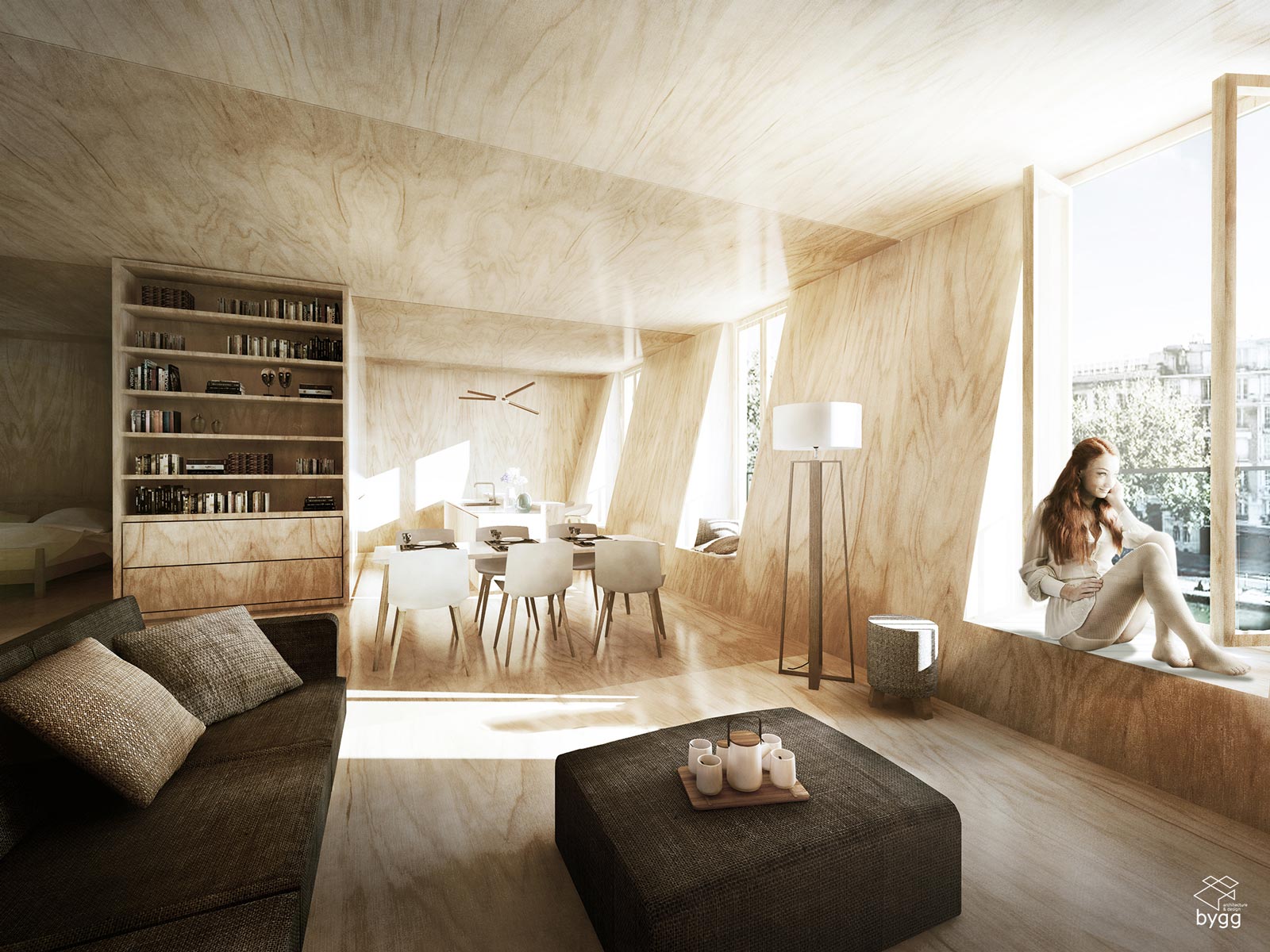 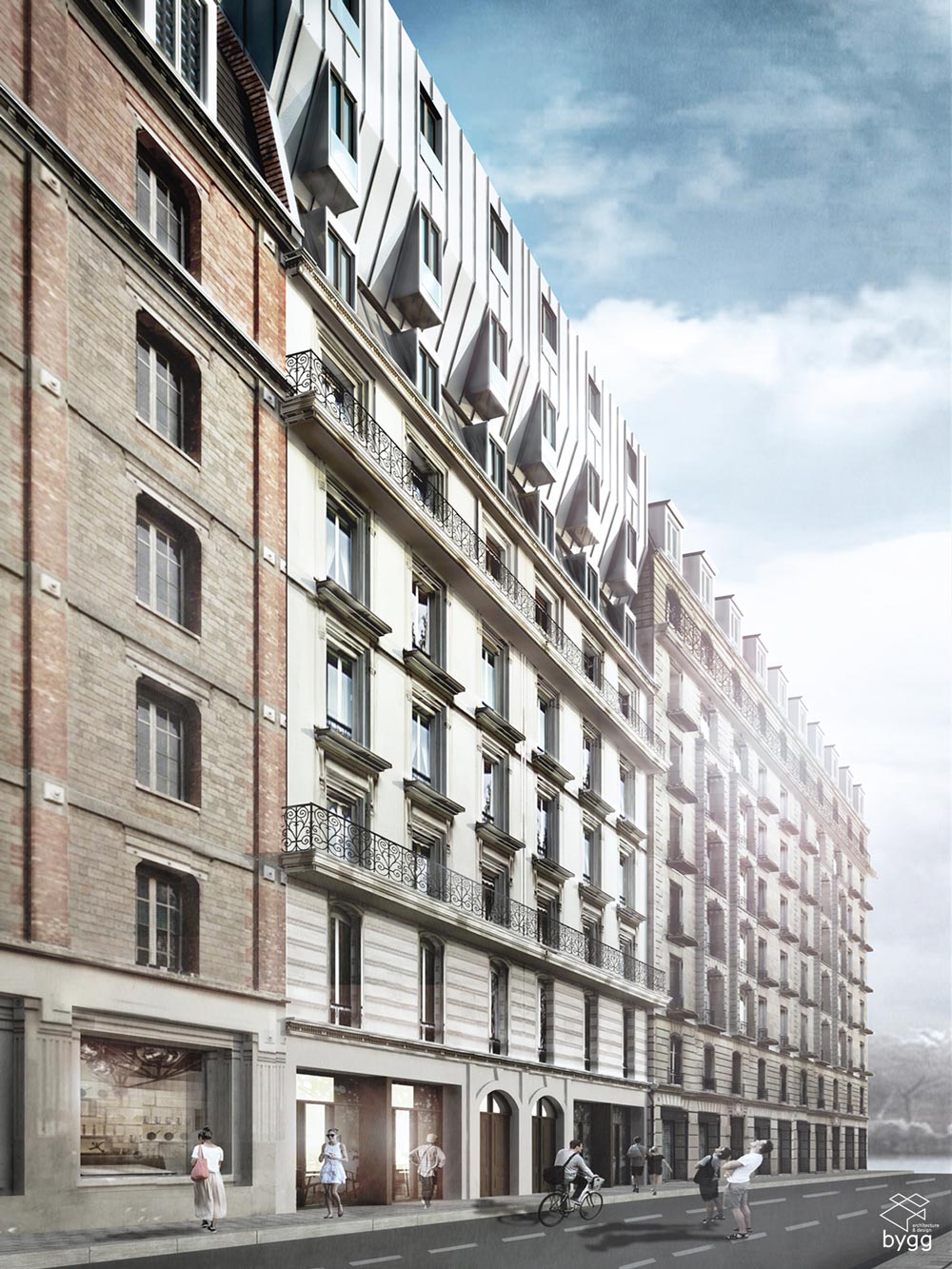 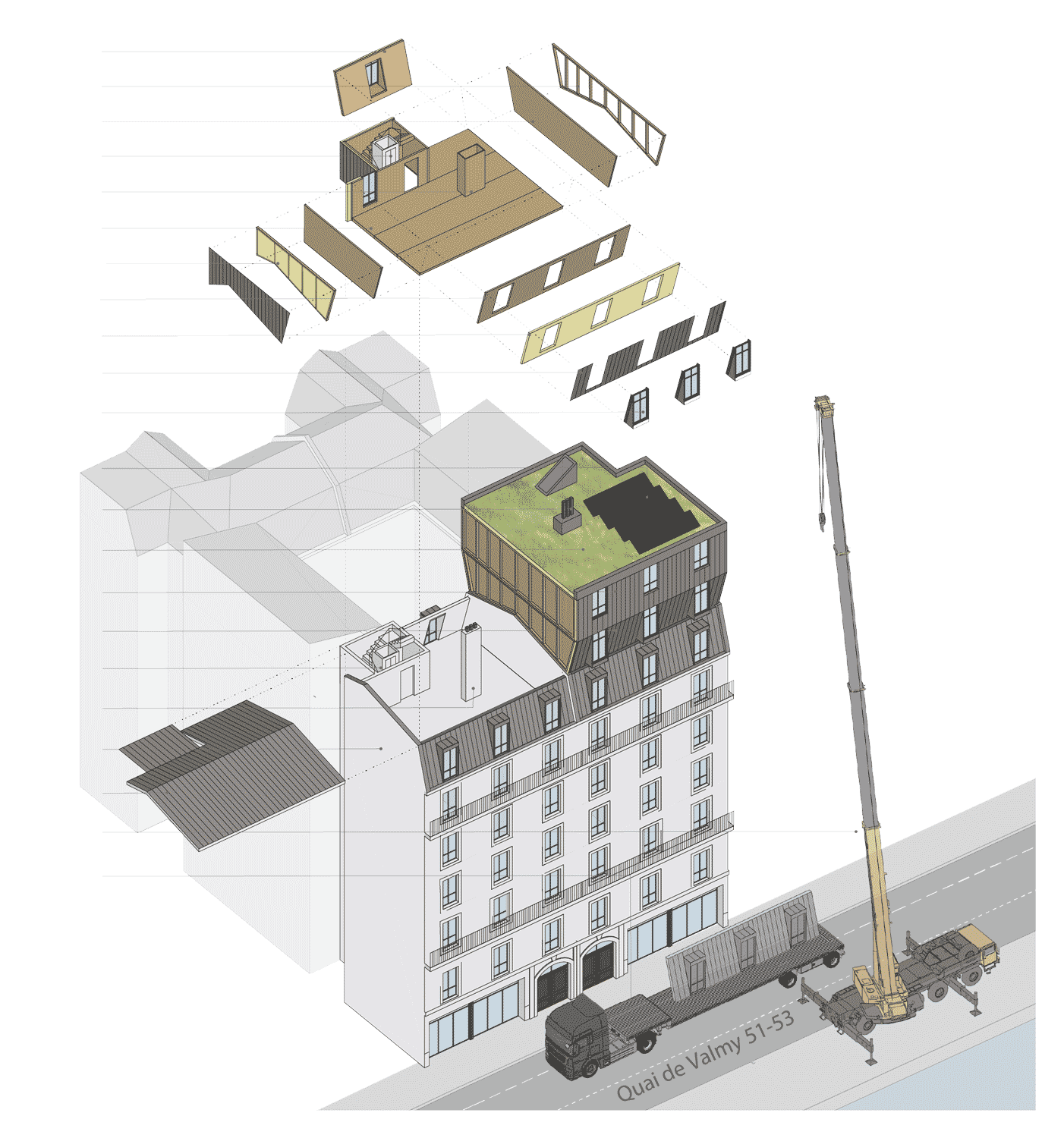